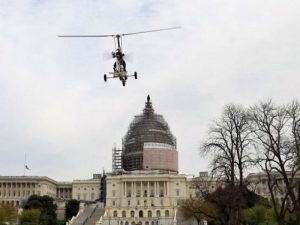 On April 15, 2015, Douglas Hughes, a mailman from Florida landed a tiny one-man gyrocopter on the West Lawn of the U.S. Capitol Building. In his mailbag, Doug had 535 letters – one addressed to each member of Congress. The message was simple: Get Big Money Out of Politics!

Doug’s bold act of civil disobedience dazzled the national media which led to articles and interviews on the flight and the reasons behind it. Doug’s message was that big money in politics affects all the more important issues which politicians refuse to resolve for our benefit when special interests flex the muscle money gives them. For his activism, Doug was sentenced to 120 days in federal prison and a year of probation.

With a renewed commitment to address the crisis of corruption and a new gyrocopter, Doug’s focus in the new flight shines a spotlight on groups with the plans and leadership to impose remedies on government that government wants desperately to ignore and citizens across the country demand be applied. 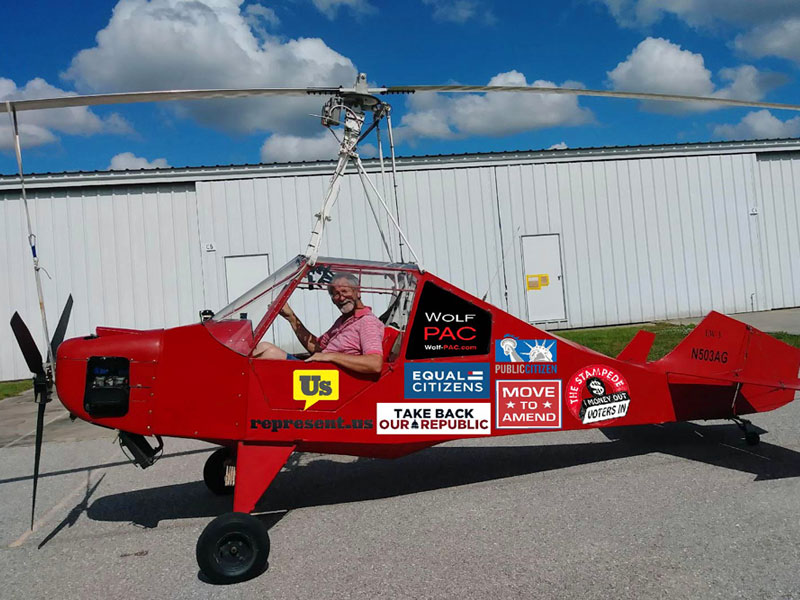 Doug designed a barnstorming tour of the lower 48 states for the Spring of 2020 with stopovers at each state capitol. We’ll meet at each stop with state and local elected officials, community leaders, activists and regular citizens. We’ll introduce the national movement and the national groups through the local leaders making solutions happen. Major advances for women and in civil rights all had deep roots at the local level before they won at the national level!

The American people don’t need to be convinced that corruption in Washington is a problem. In multiple surveys, it often polls as the number one issue for voters, even above healthcare. See the Kaiser Health Tracking Poll. (https://bit.ly/2Oa7qOc). But what most people don’t realize is there are ways to solve this problem!

There are multiple organizations working hard to resolve this issue using a variety of methods. From a Constitutional Amendment to local ballot initiatives, there are numerous ways in which we can fight the corrupting influence of big money in politics. But we need your help to make these efforts a success! 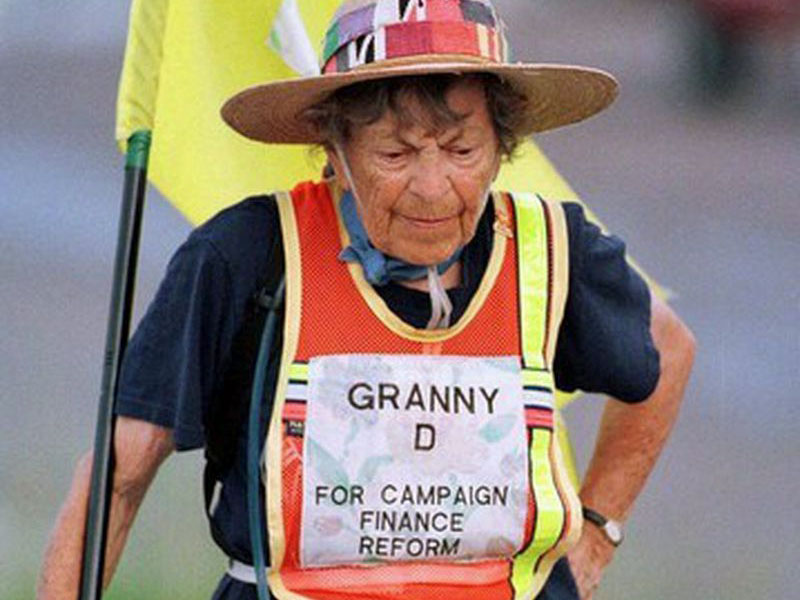 In 1999, Doris Haddock (AKA Granny D) began an epic walk from California to Washington DC to protest big money in politics – at age 88. She completed the trip at age 90, a legend for her dedication. Her feat drew media attention as she progressed – In Washington, her demands to speak with members of Congress to make her case for campaign finance reform were irresistible because oh her fame and recognized devotion to a basic principle of democracy – that government works for us!

Senators John McCain (R-AZ) and Russ Feingold (D-WI, two U.S. Senators on opposite ends of the political spectrum were moved by Doris Haddock’s actions and as a direct result of one woman’s activism, the Bipartisan Campaign Reform Act of 2002, also known as the McCain-Feingold Act, was passed.

Unfortunately in 2010, the United States Supreme Court overturned the most significant aspects of the McCain-Feingold Act, allowing unlimited corporate money in elections. A few months later, Doris Haddock passed away fearing her efforts and success were wasted. We must follow in her footsteps, build the movement to reverse Citizens United, and implement comprehensive reform that completes the work Granny D began!

The Finale in Washington DC

We will end our Anti-Corruption Barnstorming Tour where it all began, in Washington DC. Plans are underway for a demonstration in DC that Congress and the media can’t ignore and messaging from the key groups working to solve the problem! The only way to end the gridlock in Congress is to return government to the people. Mobilizing popular bi-partisan support to implement meaningful reform will not be easy, but Granny D proved that it can be done. 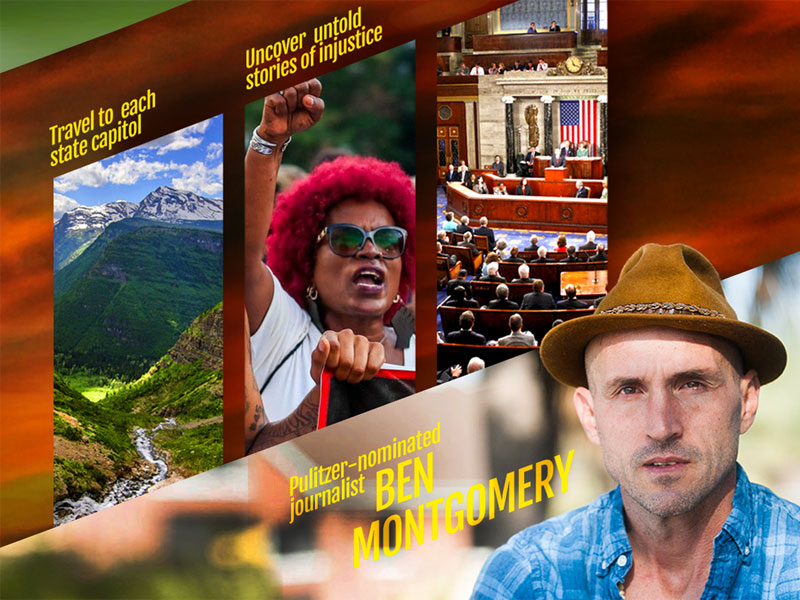 We’re partnered with a major TV production company to document our journey and teach the nature of institutional corruption, how it affects all of us, and how we can resolve the crisis. The visual aspects of flying the country in a small plane are an incredible opportunity to season the docu-drama with beauty as we introduce the people who are the story – those crushed by graft, those who beat corruption, and the citizens who are the fabric of a common movement to take power from special interests and deliver that power to voters equally. This is very exciting as this will provide us a platform for us to potentially reach millions of people!